Luke 1:57-66 When the time came for Elizabeth to have her child, she gave birth to a boy. Her neighbors and relatives celebrated with her because they had heard that the Lord had shown her great mercy.  On the eighth day, it came time to circumcise the child. They wanted to name him Zechariah because that was his father’s name. But his mother replied, “No, his name will be John.” They said to her, “None of your relatives have that name.” Then they began gesturing to his father to see what he wanted to call him. After asking for a tablet, he surprised everyone by writing, “His name is John.” At that moment, Zechariah was able to speak again, and he began praising God. All their neighbors were filled with awe, and everyone throughout the Judean highlands talked about what had happened. All who heard about this considered it carefully. They said, “What then will this child be?” Indeed, the Lord’s power was with him. 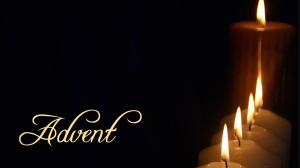 What stands out to you when you read these verses? If we remember what has happened before this time, Zechariah and Elizabeth have been prepared for this day their son would be born, They were given a glimpse of how the child’s life would be and what he would stand for. They trusted the Lord to provide in their circumstance and that his word would come true. Zechariah and Elizabeth’s heart was prepared and ready for this day.

This is part of the journey we are in this Advent (season of preparation and expectation) as we examine our hearts to see how the story of Jesus’ birth will continue to shape and transform us. Zechariah and Elizabeth were different after the meeting with the angel, and we should be different (being able to stand out from the crowd) after any meeting we have with God.

They were able to confidently tell the people around what their child’s name would be even though it did not make sense to the rest of the crowd. What is God asking you to do that seems other people don’t understand? Will you be bold and confident in your faith and the calling God has placed on your life?

Dear God, You have guided us to this place and this time. Help us in any unbelief we might have so we can celebrate this season of Christmas with boldness and confidence of your presence and your calling in our lives. Come, Lord Jesus! Amen.