Galatians 2:11-14 11 But when Cephas came to Antioch, I opposed him to his face, because he was wrong. 12 He had been eating with the Gentiles before certain people came from James. But when they came, he began to back out and separate himself, because he was afraid of the people who promoted circumcision. 13 And the rest of the Jews also joined him in this hypocrisy so that even Barnabas got carried away with them in their hypocrisy. 14 But when I saw that they weren’t acting consistently with the truth of the gospel, I said to Cephas in front of everyone, “If you, though you’re a Jew, live like a Gentile and not like a Jew, how can you require the Gentiles to live like Jews?” 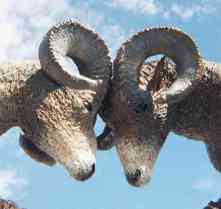 Paul is on the road teaching, preaching and making disciples for Jesus Christ. He teaches the message of grace and the truth about Jesus Christ. One day he notices Peter, Cephas, eating with Gentiles (non-Christians) until people from James, an apostle, showed up. That’s when Peter removed himself, out of fear, and did not associate with the Gentiles again until after the people from James left. Peter was so influential that the other people with him joined in and began to separate themselves from the Gentile believers.

Paul sees this and has the same options we have today. He could either do everything in his power to discredit and shame Peter without talking face to face with him and then have people make up their mind about Peter over this one incident and go around saying what a horrible person he is; or he could go and talk with Peter and remind him the truth of the gospel: that everyone is invited and welcome.

We see this kind of example played out in our world today. When someone is in the wrong, what do we do? Social media has made it an easy escape to avoid talking with the person face to face. If Paul were alive today, would he have posted on Facebook or Twitter what Peter did wrong and why he was wrong? No, he would still go face to face and talk with him.

There is so much hatred in our world today. Imagine what it would be like if we watched what we said online and stopped showing the evil side of people. Sometimes it is really one incident that people are prone to make a decision about a person without ever getting to know the person.

What do we do when a person is in the wrong? Jesus taught that we should go to the person and talk with them first. This is the most loving thing to do since it is far better to praise in public and reprimand in private. Then if they do not change, Paul says to take them to the church. This does not mean the meeting is set to be negative. This is meant to built the believer up so they understand what happened and make sure it doesn’t happen again. Also, this will help the other people in the group understand the situation and their lives can be changed too.

Some people still may not get it. Paul says to let them go, in order for them to know what it’s like to be away from the fellowship and be deserted so they will return and be transformed. During this time of separation, we should be the ones to pray for the person/people because Jesus taught us that we should pray for our enemies.

The way Paul handled it must have worked because we have the evidence from Peter’s letters and the early church leadership. How will you and I respond when (not if) someone or some group goes against what we believe?